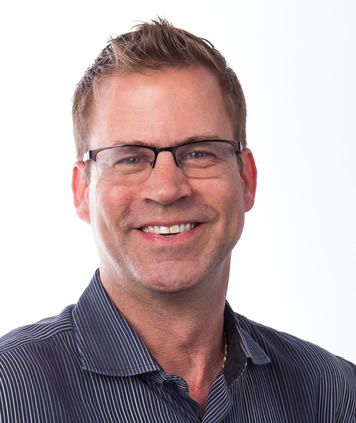 You can take the man out of Florida, but you can’t get him out of the Apple store. When he does return from his second home, Chris is principal, creative director, and photographer for Creative Spot.

A CCAD graduate, Chris has mastered many aspects of design throughout the years. He has an outstanding knowledge of the printing industry as well as a keen sense for typography. Chris is also our go-to guy when it comes to creating anything out of the ordinary. He once designed a series of neck ties, Jet liveries for an Airbus A319, and a float for the Circleville Pumpkin Festival. And if duty calls, he’ll start building our furniture out of bathroom parts again.

Serious in nature—which in turn is quite funny—he’s a talented designer as well as a fine artist. His medium of choice is pigmented beeswax. Yes, he really paints with beeswax. He also once bred fruit flies for his pet praying mantis, which he’s quick to point out “is not easy.” His curiosity and enthusiasm for just about everything produces some amazing award-winning work.

His Creative Spot: In his garage art studio or driving I-270

Doesn’t Love: Close-minded thinking, when people text you and then immediately go silent

Surprised to Hear: Broadway musicals streaming from his iPhone